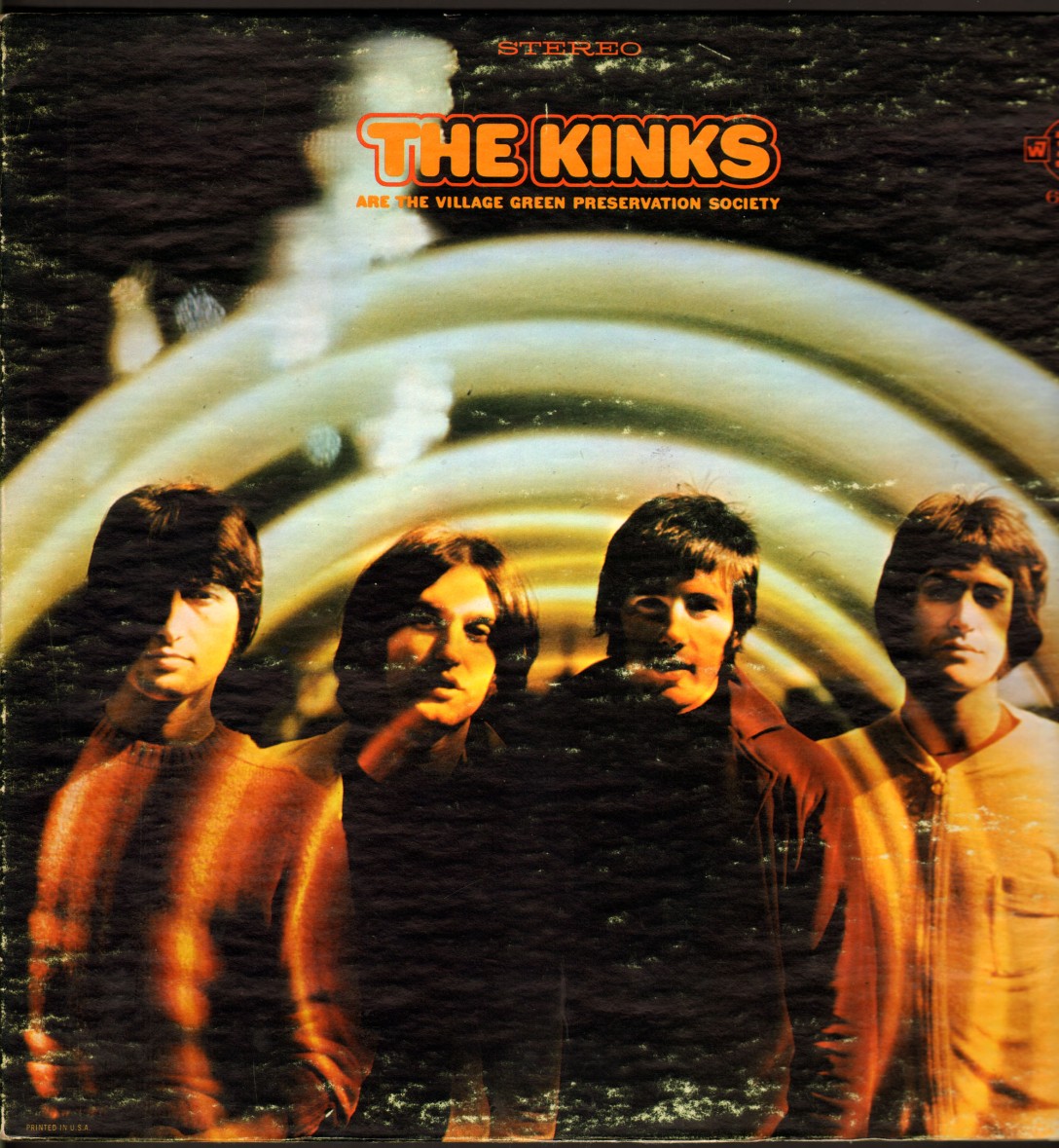 Nationalism gets a bit of a bad rep these days, what with Brexit and Trump and the populist movement espousing divide-and-conquer moral proclamations that engender a sense of disenfranchisement on one side and a sense of superiority on the other. But my boss at work has been jamming to the Kinks a lot lately, and I’d always taken them to be a quaint, passé British band in a style that had long-since become unstylish. I mean, didn’t Edgar Wright use their songs in Hot Fuzz, this decade’s great lampooning of little England culture?

Thus, the last thing I expected when I spun “TKATVGPS” for the first time in its entirety was a sense of warmth, a sort of nostalgic glow for times gone past, but there we go. This is a fantastic album, straddling the two kinds of music-making that were going on at the time (Beatles-style studio experimentation, and simple collections of pop-songs). Obviously I already knew the opener (although I’d never appreciated its commitment to tempo and chorus, fitting in what could be a 4/5 minute ballad into a breathless 3 minute palate cleanser; I’d also never considered the fact that it might be lightly satirical… Something about Ray Davies’ delivery of “God save little shops, china cups and virginity” is just askew enough to make it seem like a joke).

The songs that follow are of a similar ilk, mixing tumbling folk chords, a foregrounded drum section, and a slightly nasally delivery from Davies. They all slot together pleasingly, every song bar one (“Last of the Steam Powered Trains”, a working of a blues standard) coming in at under three minutes. Most of them are, in some way, concerned with the past, or a rejection of modern life. Some (“Animal Farm”, “Phenomenal Cat”) skew slightly too far to the simplistic, but these are rare, and criticising this album for being simplistic seems a bit disingenuous since the album is about a desire for a simpler life anyway.

It also, interestingly, has a plainspoken working-class bent to it, especially on the track “Do You Remember Walter?”, which laments one of Davies’ old friends getting “fat and married”, the implication being that Walter has sacrificed something of his individuality and personality by settling into a comfortable bourgeois lifestyle. “All Of My Friends Were There” is the most upsetting and explicitly personal track on the album, with lyrics that, read straight, seem irredeemably bleak. Yet musically it’s a jaunty, traditional number, with a mocking sing-song voice and a tumbling rhythm section.

It’s full of little moments like that, that catch you. The album finds the perfect coda in closer “People Just Take Pictures of Each Other”, which acknowledges, in a slightly resigned way, that desire for permanence we all seek in a world that is largely impermanent; it simultaneously runs contrary to the themes of the previous 14 songs, and bolsters them.

It seems that that wistful desire for times gone by isn’t as simple as first thought.