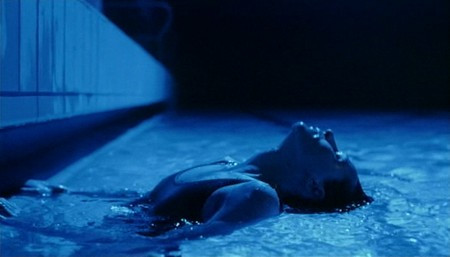 Three Colours Blue was the film that made me a cinephile. It was among the first films I wrote about, after I first watched it at the age of fifteen. It is the film that both shaped, and thus limited, my view of what cinema was capable of, and that first viewing eight years ago was akin to a religious experience. It tells a simple story, of a widower coping with the loss of her husband and daughter in a car accident, through her attempts to ‘free’ herself from her grief (the film is modelled on the French ideal of liberty), and yet seeing it for the first time I felt my soul being lifted up, to places other films were simply incapable of reaching. It was the first film that felt like it was being born inside my eyes, relentlessly alive and almost conscious.