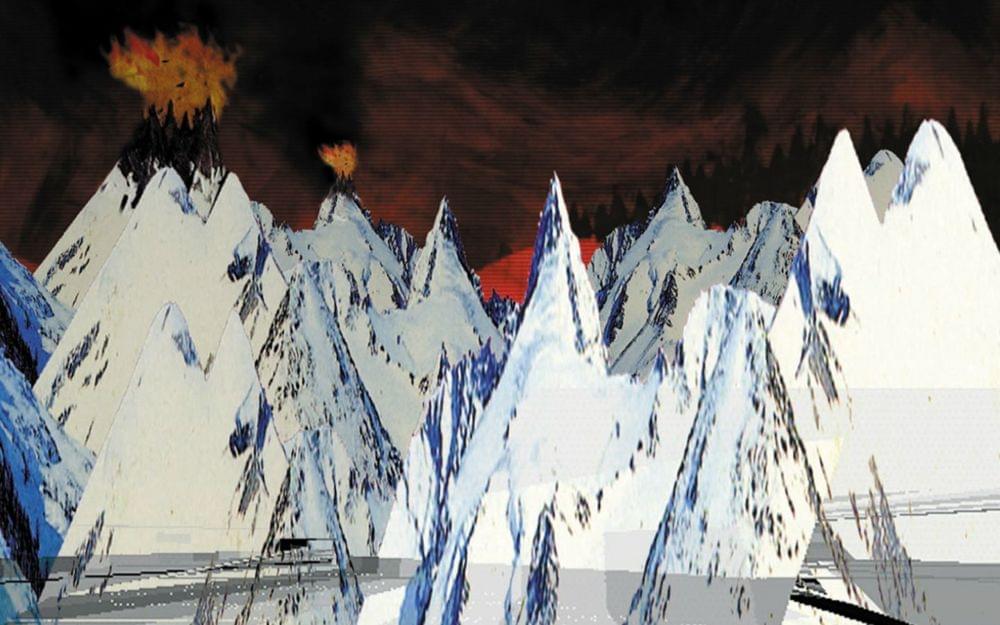 It’s hard to think of anything new to say about Kid A. It is a totemic, uncommonly beautiful, uncompromised disk of twitchy, paranoid electronic rock music made by a group who were coming round to the idea of ‘rock’ as a pejorative limitation. It absorbed the electric lessons of the previous decade, those delivered by Aphex Twin, Future Sounds of London, even The Chemical Brothers, and presented their exhumed corpses as a sonic Rosetta Stone for trying to understand the next one.

It also marked one of the last times that a major rock band did the exact opposite of what was expected of them, and got away with it (the downside to this is that it is now almost expected of guitar bands after album three or four to ‘go electronic’). I have also long suspected that for a lot of people, Kid A was their first (perhaps only) brush with genuine experimental music, and the only reason they managed that was by building up enough goodwill through penning a handful of all-time great alt-rock hits in the decade prior.

It also marks one of the last times we had real, genuine expectations of rock musicians. Subsequent indie aughts auteurs such as Sufjan Stevens, Arcade Fire, Animal Collective, The Arctic Monkeys, have all made a virtue of changing up their sound, however it occurred more in the context of an awareness that a ‘sound’ was something that could be changed at will.

When Arcade Fire released Reflektor, it wasn’t viewed as a betrayal of a previous sound (and it would have been laughable to view it as such), so much as the band just trying something new. Tranquility Base Hotel + Casino, for my money one of the greatest albums of the last decade, attracted some mild ire and a devoted cult following, but despite the overhaul of their sound, it wasn’t viewed as a bold, artistic choice U-turn in the same way as Kid A was.  I would argue that this has less to do with the changing shape of rock music than it does the changing shape of politics.

For all Kid A’s eerily accurate cyber-sloganeering (‘ice age coming’ ‘everyone has got the fear’ ‘I’m not here, this isn’t happening’), I would argue that the one thing it predicted more precisely was the demise of the world in which we can ‘be’ only one thing.

Limitations are, often, damaging. If you are expected to behave in a certain way, or allow yourself to be defined solely by your previous actions, then your career, life, relationship, whatever, can become a little bit like circling in ever-decreasing circles around an imposing-looking drain. At the time, and even today, Kid A acts as rebuke, one of the most effective ever made, to the idea that you can pigeonhole yourself.

It would have been much easier for Radiohead to continue churning out the same kind of rock music, cash in, and tune out; nobody would have blamed them. Yet, they took the hard path, did something genuinely unexpected, and were rewarded in ways not just monetary (although, that), but from a philosophical, artistic, I would argue even moral perspective to.

And yet, despite a lack of limitations being freeing, there is also something harmful about too much freedom (in the Kierkegaardian sense of the anxiety of choice). There is certainly a lot that’s harmful about the times we live in; the disintegration of various ideals of identity through free-market ideology and neoliberal mores has seen every person reduced to a plethora of different identities, allowing them to cope with capitalism’s schizophrenia.

Who we are as a boss, as a worker, as a mother, father, husband, wife, changes on the day to day. To survive in a capitalist landscape you have to be able to cycle through identities at the drop of a hat, and do so effortlessly; one of the core tenets of free market ideology is that innovation drives success, but when that becomes turned inwards, it means that we feel under a constant pressure to define and develop ourselves, through juice cleanses, Instagram publicity campaigns, political affiliation, through whatever has been marketed as identity-defining on that day. It is more than a little dystopian; it is also a lot boring.

When surprise becomes commodified, there remains very little to be excited about.

Thus, Kid A still excites because it reminds us of a time when expectations were reasonably stable. Were Radiohead to attempt the same marketing campaign now, it would be viewed simply as a bid for an open market, an unsurprising rebrand in an attempt to stay fresh amongst a febrile listenership looking for the next big thing, a signifier of an era in which you can’t remain authentic to yourself.

Instead, the excitement still lingers; there is an aura of mystery and intrigue around the album, even today, which remains totally positive. There is remarkable liberty in changing because you want to, or need to, but changing because you’re forced to is pitiful and tragic.